For Cinco de Mayo this year I was in the mood for pizza, however I felt the need to celebrate with tacos as well. So what I did next was a combination of the two! Taco Pizza! Start drooling now because they are also Vegan 🙂 This tasty combination is very simple to recreate with a few simple ingredients from Trader Joes.

-1 Can Refried Black Beans with Jalapenos 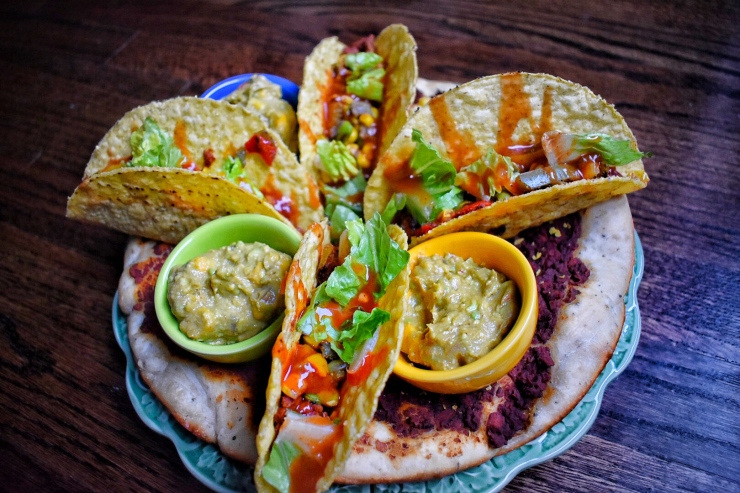 Preheat your oven to 425 degrees and let your pizza crust warm to room temperature. In a large pan combine the whole pack of chorizo and refried beans together. Cook until warmed throughout 🙂 Spray your cast iron with EVOO and spread your Herb Pizza Dough into a large cast iron pan. Smear a moderate layer of the bean and chorizo mixture you just created over the pizza crust. Next sprinkle some nutritional yeast on top and place in the oven for 15 minutes, or until golden brown 🙂 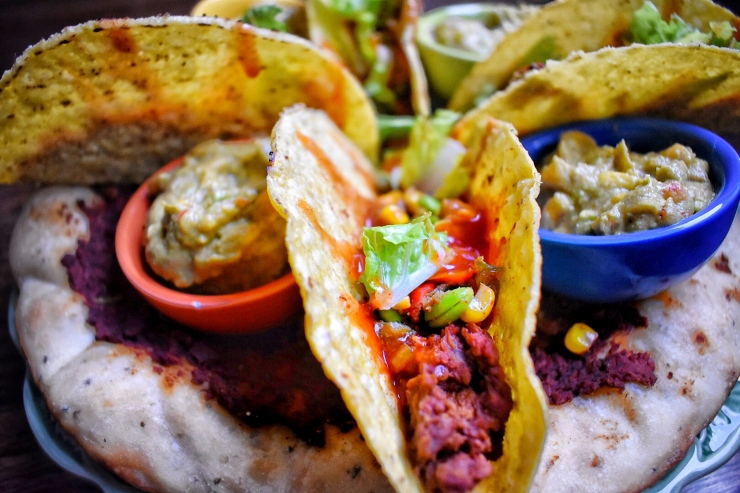 While that is cooking whip up your tacos! Place the chorizo and bean mixture in the bottom of your tacos and top with some roasted veggies (Peppers, Corn and Edamame). You can roast the veggies in a cast iron pan with some garlic and cumin if you would like 🙂 Add your romaine on top of the tacos and drizzle some hot sauce 🙂 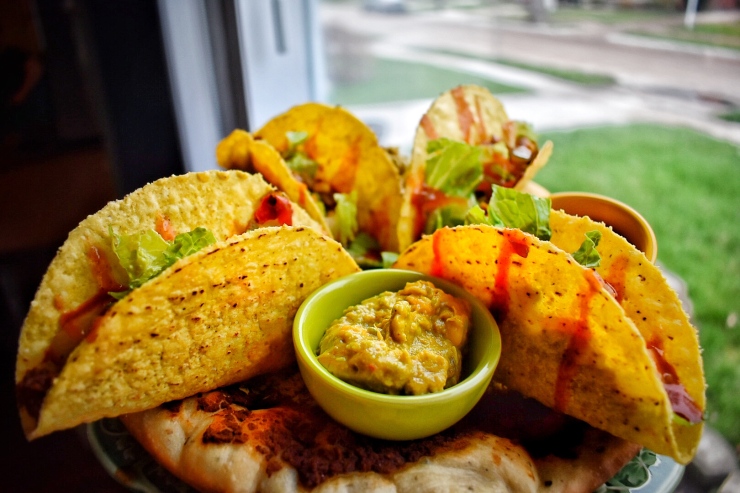 Time to take out your pizza and assemble our monument 🙂 Place your tacos on top in whatever fashion you would like. I ended up putting some homemade Guacamole on the edges as well. Get creative with this and show me what you make! Thank you for following I hope you enjoy your Cinco de Mayo!